Aromatic compound
An organic compound containing benzene rings in its structure. Aromatic compounds, such as benzene, have a planar ring of atoms linked by alternate single and double bonds. 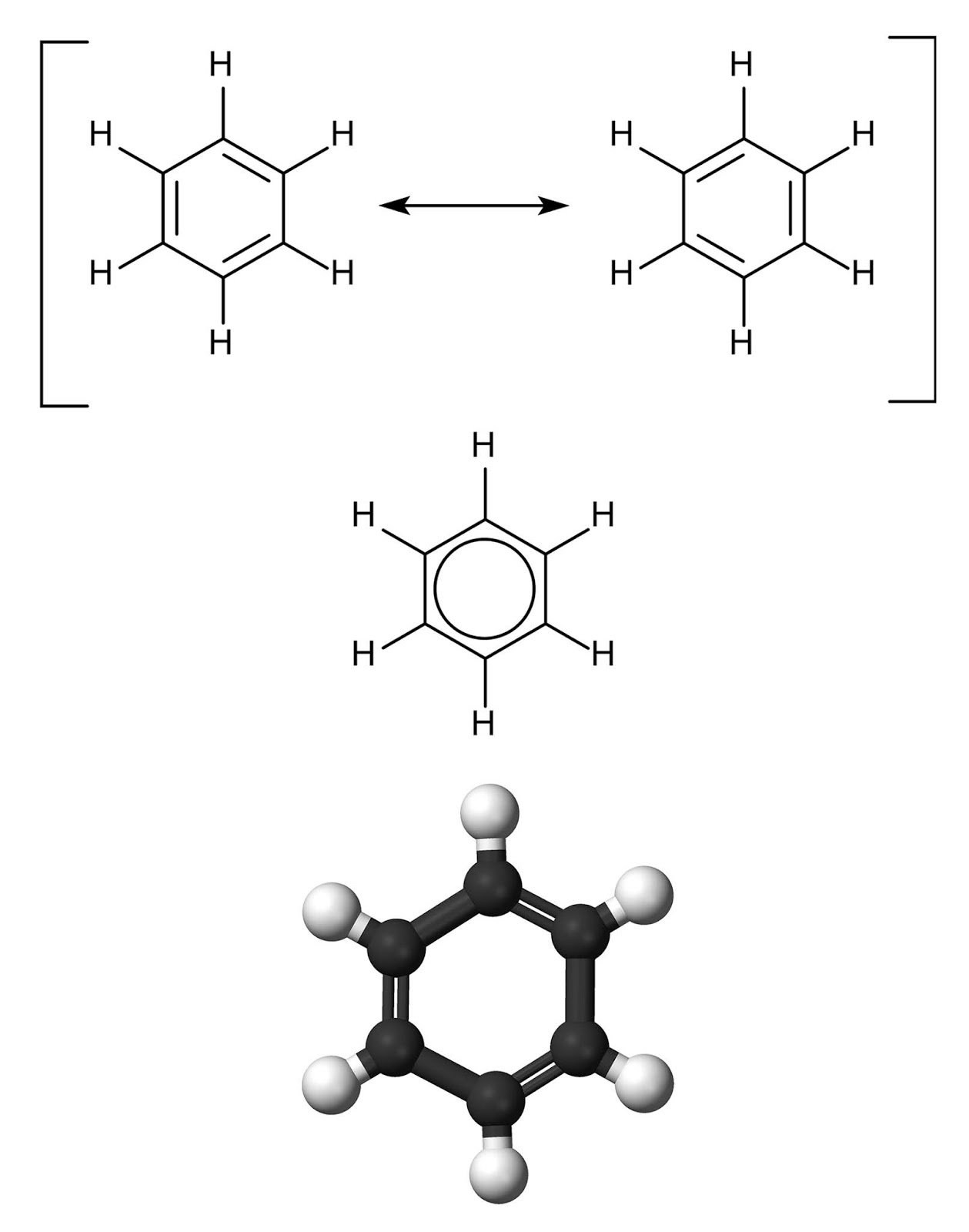 The characteristic of aromatic compounds is that their chemical properties are not those expected for an unsaturated compound; they tend to undergo nucleophilic substitution of hydrogen (or other groups) on the ring, and addition reactions only occur under special circumstances.
The explanation of this behavior is that the electrons in the double bonds are delocalized over the ring, so that the six bonds are actually all identical and intermediate between single bonds and double bonds. The pi electrons are thus spread in a molecular orbital above and below the ring.
The evidence for this delocalization in benzene is that: The bond lengths between carbon atoms in benzene are all equal and intermediate between single and double bond lengths. Also, if two hydrogen atoms attached to adjacent carbon atoms are substituted by other groups, the compound has only one structure. If the bonds were different two isomers would exist.
Benzene has a stabilization energy of 150 kJ mol–1 over the Kekulé structure.
The delocalization of the electrons in the pi orbitals of benzene accounts for the properties of benzene and its derivatives, which differ from the properties of alkenes and other aliphatic compounds.
The phenomenon is called aromaticity. A definition of aromaticity is that it occurs in compounds that obey the Hückel rule: i.e. that there should be a planar ring with a total of (4n + 2) pi electrons (where n is any integer).
Using this rule as a criterion certain non-benzene rings show aromaticity. Such compounds are called nonbenzenoid aromatics. Other compounds that have a ring of atoms with alternate double and single bonds, but do not obey the rule (e.g. cyclooctotetraene, which has a non-planar ring of alternating double and single bonds) are called pseudoaromatics.
The rule is named for the German chemist Erich Armand Arthur Joseph Hückel (1896– 1980).