Auger effect
تأثير أوجيه Auger Effect
An effect in which an excited ion decays by emission of an electron (rather than a photon).

How Auger effect is happened?

For example, if a substance is bombarded by high-energy electrons or gamma rays, an electron from an inner shell may be ejected. The result is a positive ion in an excited state. This ion will decay to its ground state by a transition of an outer electron to an inner shell. The energy released in the transition may result in the emission of a photon in the x-ray region of the electromagnetic spectrum (this is x ray fluorescence). Alternatively, the energy may be released in the form of a second electron ejected from the atom to give a doubly charged ion. The emitted electron (known as an Auger electron) has a characteristic energy corresponding to the difference in energy levels in the ion. The Auger effect is a form of autoionization. The effect is named for the French physicist Pierre Auger (1899–93). 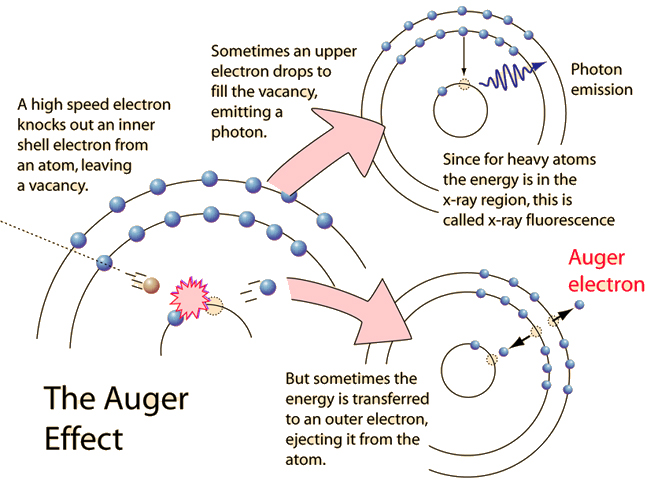